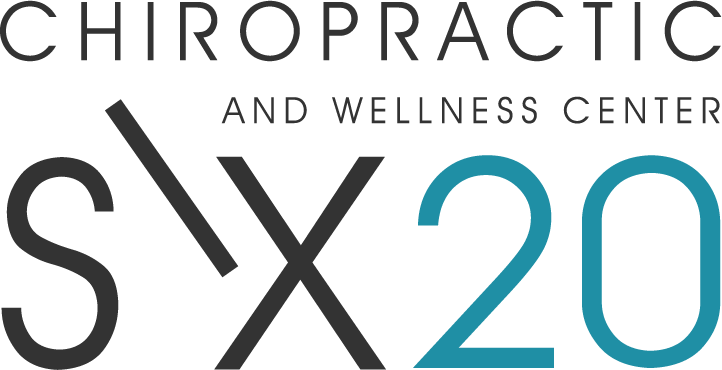 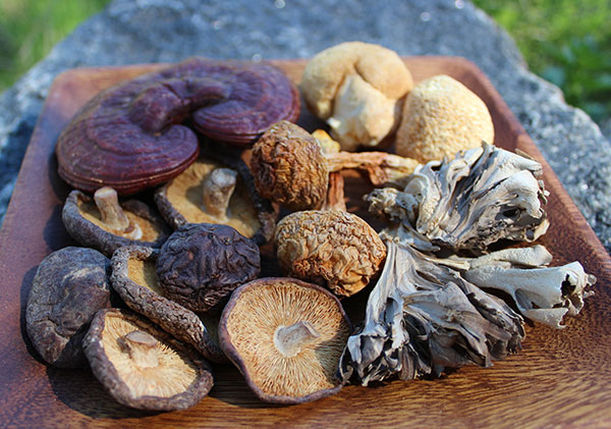 Medicinal mushrooms have been used for their healing benefits for hundreds of years in places like China, Russia, Japan and Tibet. Chaga mushrooms, for example, have been used to treat diabetes, intestinal issues and various cancers. There are even records of Cordyceps being used as an aphrodisiac all the way back in the 15th century.

It wasn’t until recently that medicinal mushrooms became mainstream in the West. Now they’re easily accessible online and in health food stores, and boast incredible health benefits like stress relief, improved sleep, cancer-fighting properties, glowing skin and a near-cure for the common cold.

6 Medicinal Mushrooms: Uses, Benefits and How to Take Them

Shiitake mushrooms are one of the few medicinal mushrooms that also happen to be delicious. In fact, they’re one of the five most popular mushrooms worldwide! But being tasty isn’t their only superpower. They’ve also been used for their health benefits for hundreds of years in Japan, China and Korea.

Shiitake mushrooms contain lentinan, which has strong anti-inflammatory, antitumor, antiviral, antibacterial and antiparasitic properties. What does all that mean? Well, not only can lentinan help destroy cancer cells, it may also ward off various infections and viruses. An injectable form of shiitake mushrooms is used alongside chemotherapy in China and Japan for the treatment of gastric cancer. Shiitake mushrooms have also proven helpful at lowering bad cholesterol levels.

How to take shiitake mushrooms:
Since shiitake mushrooms are so tasty, you can enjoy them in stir-fries, miso soup, grain-based dishes, casseroles or even curries. Just 5 g of dried shiitakes (about 1 oz fresh or one large mushroom) can lower markers of inflammation in the blood after a single meal! Fun fact: You can purchase dried shiitakes and keep them in the pantry for several months, which makes them a convenient staple. Then, just rehydrate them before adding to cooked dishes!

You can also take shiitake mushrooms as a supplement in pill form. Just be sure to look for organic varieties without added ingredients or gelatin. The only downside to shiitake mushrooms is that they’re rich in purines, meaning that folks who are prone to gout flare-ups may need to limit portion sizes or eat them less frequently.

Scientific name: Ganoderma lucidum
Superpower: Reduces stress and promotes balance
Even though reishi mushrooms are technically edible, the indigestible fiber they’re composed of gives them an unpleasant, woody texture. So, you won’t see them in the produce aisle of the grocery store, but rather with the herbal supplements, tea and coffee. Reishi mushrooms can reduce stress and anxiety, make you more alert and energized, and help balance your hormones. Perhaps this is why reishi tea and coffee are often called “liquid yoga.”

People suffering from seasonal allergies have also found great relief when supplementing with 1000 mg of reishi daily. And it doesn’t stop there—some folks have reported that reishi-infused skin creams can help reduce signs of aging.

How to take reishi mushrooms:
These medicinal mushrooms have no apparent side effects, so they’re great to try if you’re just dipping a toe in the shroomy waters. You can find them in many forms, including supplements, tinctures and powders. They’re also available as mildly flavored teas, coffees and hot cocoa mixes. Whatever form you choose, beware of products made from inferior black reishi mushrooms as they are less potent. Look for red and purple varieties of reishi because they’re superior in quality and likely worth the added cost!

If you want to go the capsule or supplement route, look for brands that are certified pure. Be sure to pay attention to the recommended dosage instructions as concentrations will vary.

Chaga mushrooms may look like nothing more than a clump of dirt until you see their orange interior, but rest assured that these babies pack a serious healing punch. They grow on birch trees in very cold climates and have one of the highest antioxidant contents of ANY food! That’s why they’re often used to ward off the common cold.

A single 8-oz cup of chaga tea has the same number of antioxidants as 30 lbs of carrots. No, I’m not kidding! Also, the beta-glucans in these medicinal mushrooms stimulate the production of lymphocytes, which help regulate our immune system’s response to infections.

How to take chaga mushrooms:
Hot water or alcohol are needed to break down the tough cell walls in chaga mushrooms and activate their beneficial compounds. That’s why tea, coffee and cocoa are popular ways to consume chaga mushrooms. In fact, chaga mushroom coffee became especially popular as a coffee substitute during the world wars because of its pleasant taste and ability to increase energy in a more balanced way than caffeine.

Supplements, tinctures and extracts of chaga are also available and are processed with hot water to activate the medicinal compounds. For defense against colds, some integrative docs recommend 1000-2000 mg of chaga extract when symptoms start to come on.

Even though people have been taking chaga mushrooms safely for centuries, doctors recommend that people with bleeding disorders and diabetes avoid them as they can accentuate the effects of anticoagulant medications and insulin. Chaga overuse may also tax your kidneys, so be sure to follow recommended dosages and work with your doc.

Scientific name: Hericium erinaceus
Superpower: Improves focus and memory
The first time you see a lion’s mane mushroom, you’ll know exactly how it got its name. It looks like a white, hairy mane—not your typical fungus! This shroom’s big claim to fame is its ability to repair and regenerate neurons. Yes, it’s GREAT for your noggin! Lion’s mane can help improve memory and concentration, protect the nervous system, and relieve symptoms of depression and anxiety.

Lion’s mane may even help prevent and reverse neurological diseases like Parkinson’s, Alzheimer’s and dementia because of its regenerative capability in the nerves of the brain and spinal cord! Research has shown that it can stimulate the synthesis of Nerve Growth Factor (NGF), which is why it may have such a positive effect on the neurological system. How cool is that?

How to take lion’s mane:
Lion’s mane is edible and has a seafoody taste, making it a great ingredient in stir-fries. It’s also available as an herbal supplement, tincture or tea.

Keep in mind: Some folks feel more focused within days of taking lion’s mane. But when it comes to anxiety and depression, research has shown that it may take at least 4 weeks to feel relief.

There aren’t any documented side effects or adverse reactions currently associated with lion’s mane.

Cordyceps have become famous for their supposed ability to improve athletic performance. We do know that cordyceps can boost ATP levels in the body. ATP is like a heat source for the cells that helps activate proteins for use in the cells. When it comes to exercise and athletic performance, an abundance of ATP means increased strength, energy, capacity for explosive movement and overall stamina.

Cordyceps have also been used for centuries to treat sexual dysfunction and fertility. Recent clinical studies demonstrate cordyceps’ ability to improve libido, as well as increase sperm count, survival rate and quality. This is good news, because many conventional medicines used to improve sexual health come with high costs and uncomfortable side effects. Ive added this product into my Testosterone Supplement about to hit the market.  www.kahnqr.com

As most medicinal mushrooms, cordyceps are rich in antioxidants, making them great for your immune system!

How to take cordyceps:
In the wild, cordyceps grow as a fungus out of the mummified carcasses of caterpillar larvae in high altitudes of the Himalayan mountains and in Tibet. This type (Ophiocordyceps sinensis) is rarely found in stores in the United States because it’s difficult and expensive to harvest. Most companies use artificially produced cordyceps (Ophiocordyceps militaris), which is grown out of grains, most often rice. They’re just as potent and cheaper to produce.

Cordyceps are available in tinctures, powders, capsules and liquid extracts.

Scientific name: Coriolus versicolor or Trametes versicolor
Superpower: Protects cancer patients
Turkey tail is a beautiful fungus that grows on dead logs and gets its name from its colorful, striped appearance. Like many of the medicinal mushrooms we’ve discussed, it’s a powerful immune-booster that can help protect you from infections and diseases. Turkey tail also has incredible benefits for cancer patients and thrivers, which is why this shroom holds a special place in my heart.

It’s been shown to help prevent cancer cell growth and encourage cancer cell death, but its real claim to fame has to do with the way it boosts the damaged immune system after cancer treatments. Turkey tail contains two unique beta-glucans: Polysaccharide-K (PSK) and Polysaccharopeptide (PSP). Both PSK and PSP are widely used in Japan to help repair and regenerate immune cells destroyed by chemotherapy while simultaneously stimulating the immune system in general to fight cancer and further infections. Wow, right?

Cold Season is approaching and its always best to let mother nature help you fight the seasonal colds and illnesses.

My Recommendation is to take Chaga & Reishi together daily during Autumn and Winter to avoid the colds that come with the change in sunlight. For an insane immune system, take them daily year after year and watch your body get stronger.